John graduated from Northwestern Senior High School in 1966. He then enlisted in the Air Force in August of 1966 and was stationed at Andrews Air Force Base. John was honorably discharged after serving for 5 years.

He was preceded in death by his wife of 49 years, Janet Lucille (Granzow) Fisher, in January 2021.

In lieu of flowers, donations in his memory may be made to the National Fallen Firefighters Foundation, P.O. Drawer 498, Emmitsburg, MD 21727.

To send a flower arrangement or to plant trees in memory of John E. Fisher III, please click here to visit our Sympathy Store. 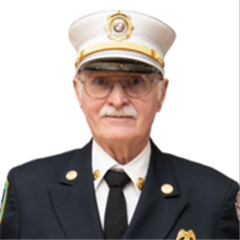